It is beyond scientific dispute that sea levels rises over recent years can be entirely attributed to the tsunami of lefty tears. I see no prospect of new development money being attracted to anywhere coastal anytime soon.

We get one of these days only once in a while, and it would be foolish not to enjoy it.

It would take a million monkeys with a million facebooks to sift and curate the best of the tsunami of pant-wetting that’s occuring right now. I’ll look forward to those with the time and money to do so bringing their best work.

Today, for one day only, the important thing about the UK’s next prime minister is that he has silly hair, and so does Trump, and what is it with guys with silly hair rising to the pinnacle of political office? 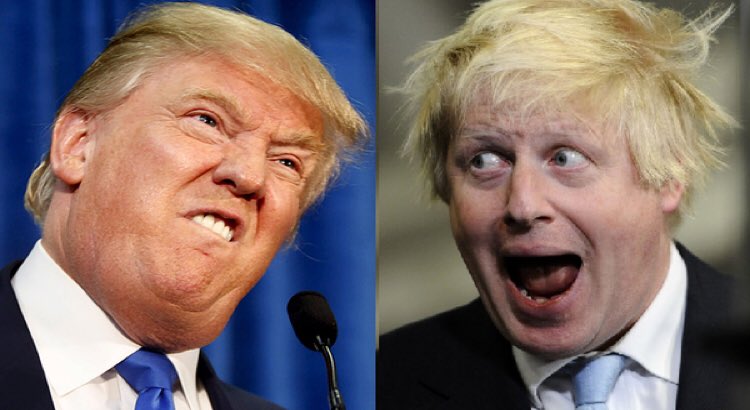 After 3 years of Trump, the media’s template is already set… whole teams of people will be officially in charge of manufacturing outrage over every breath Boris takes. Perhaps better would be if those people learned to code, though, because after a quintillion boilerplate words written contra-Trump, a quick search and replace macro, and all of those stories will be able to be recycled with Boris’s particulars inserted as appropriate.

He gaffe-prone, a racist, he’s a sexist, a homophobe, and Islamophobe. He likes pineapple on his pizza. A national embarassment, an international pariah, he’s a troll… and his name sounds a bit… Russian.

I’ve made no secret of my overwhelming reservations about Boris as PM, but in the absence of my aforementioned ideal candidate, I think he’s the best chance we have got of at least enjoying the spectacle of politics over the coming months and years.

A word of warning though: recent history has shown the hysteria of the lefties that peaks on these days operates on a ratchet. The next level of stridency, militancy and absurdity is coming. Prepare to dig in your heels and never give an inch to their thuggery, charlatanry, effrontery, pettifogging, humourlessness and barefaced lies.

Laugh in their faces.