While I was sipping a bloody mary in the jacuzzi yesterday, I listened to TJ Martinell’s Mountain Pass podcast. It’s often interesting and thoughtful, if not the rip-roaring fare you might get from Cynical Libertarian Society or Aaron Clarey.

He discussed an article written by a chap called Eric Peters. Eric writes about cars, driving and motoring from a libertarian perspective. Perhaps an odd thing, to bring a political perspective to something so seemingly removed from politics, but politics invades motoring to such an extent that the stories it tells are allegorical, applying widely across our festering societies.

In the 20th century, motoring came to embody freedom and autonomy for the individual and the family unit. Popular culture says this is an American ideal, but the global success of the car shows that whether you take a philsophical or a practical view of these things, cars have done more to unshackle people from their allotted place than any other invention since (yes, including the Internet, which has done quite the opposite).

Even Hitler had his own idiosyncratic take on this vision of family freedom, though I prefer that of Ministry:

Where you come from is gone, where you thought you were going to weren’t never there, and where you are ain’t no good unless you can get away from it*.

And so in turn, the 21st century has been a time of retrenchment, where freedom and autonomy are under continual structural attack. As such, motoring is a prime target for the authoritarians and their useful idiots – the scolds and killjoys.

And so the very idea of motoring has been under ideological attack in the west since the elite left found its wings in the 90s under leaders like Clinton and Blair, and the greens played their part in the long march.

Though there are examples and analogues throughout the story of motoring in the 21st century, safety has been a big attack vector, and there’s a perspective provided by Eric Peters that really made me think slightly differently.

It’s only a few days ago when I was wondering what kind of a man you can possibly be unless you can drive – and where the cause and effect may lie in the case of the millenial milquetoasts who don’t like cars or driving. I think Eric can get us some way towards the answer:

It is no accident that people who grew up after the Safety Cult went mainstream – the Millennials and up – don’t much like cars or driving.

From their earliest memory onward, a drive was not an exciting adventure but a kind of prison bus ride. The child forcibly strapped in, by inevitably impatient hands; he struggles a bit, perhaps – at first – and is scolded. He learns it is pointless; that he is helpless.

The bindings are pulled tight, skin is pinched, clothes bunched.

It cannot be comfortable.

He has no control over anything. He is dependent on the whims of others. He probably can’t even scratch where it itches – and forget sidling up close to his sister or brother to whisper a secret which the parents up front can’t overhear.

Imagine it. How stultifying it must be.

It’s an interesting perspective, to compare this with the laissez faire practice of bundling half a dozen tessellated children into the back of a Ford Cortina and taking off to the coast for the day that was normal practice when I was a kid. Every journey was an intrepid outing.

The sum of human history tells us that what we had in 20th century motoring was heavily influenced by the instincts men are born with. Go out, adventure, get over that next hill come what may, even if you have to jury-rig a fan belt, dodge the police and piss in the radiator to get there. God knows I’ve driven the length and bredth of Europe on a wing and a prayer more times than I can remember.

Motorcycling is this on steroids. 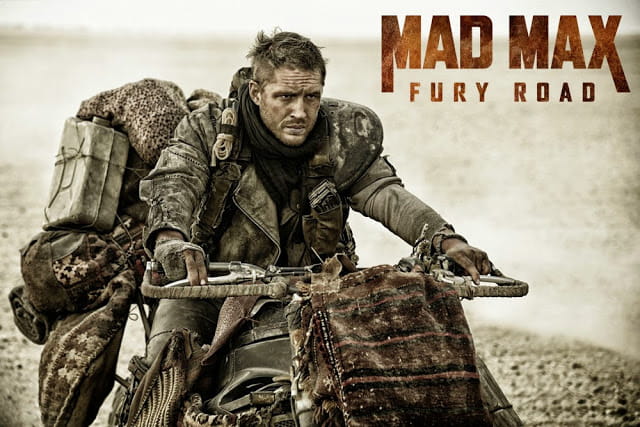 Whereas in the 21st century – enter seatbelts, ABS, airbags, traction control, lane assist, parking assist, isofix, child seats, booster seats, run flat tyres, sat nav and electric motors with a range of 8 – clean, green, mollicoddled motoring has come to embody the spirit of woman. Stay close to home, stay safe, don’t get hurt, don’t get lost, and if it goes wrong, call the man (yes, the man!) from the AA, and shrug your sholders because it’s too complicated for you to do anything about. Just hope that while you’re standing beside the car at the side of the road, its colour matches your shoes and purse, and lament that you’re only 7 miles from home, but you couldn’t possbly walk it in those heels.

It seems that we have reached a point where man’s natural instincts – encapsulated in our attitudes to cars –  are suppressed by safety culture so early on in our lives, and so completely, that there is no chance for innate preferences to blossom.

And that in a nutshell is what our society is doing to its children and has done to millenials. The consequences are there for all to see: every damned thing makes them feel ‘unsafe’.

But there is hope, and it came just as I went to press post on the above. Bad boys still like good cars, and the girls still like the cars the bad boys like. Next door’s Audi R8 is outside my house, and a pretty young lady just knocked on my door. She was shilling for the RSPCA, so I sent her on her way, but before she went, she asked me if that was my car, and proceeded to express her adoration of it. Made me smile.

*yes, I know the sample was originally from the 1979 film Wise Blood, based on the 1952 book of the same name by Flannery O’Connor

6 thoughts on “Where it all starts”