On and off I’ve wondered if those who are regularly burdened with the task actually keep a little list.

If I had to do it regularly, I would keep one. It would include things such as a cross-reference of the complete list of SJWs, and I’d probably employ a firm that scrapes social media, looking for anyone with a tendency towards thinking the world owes them a single damned thing. BLM hashtags? Nope. Extinction Rebellion instagram likes? Next. Retweeting Antifa? I’m sorry, that position is no longer open. Living wage? Die. UBI? In a fire. You have pronouns? In the sea.

But also included would be timelines of more generic events that would necessarily colour my perception of applicants from an affected cohort.

Current example: the class of 2020. All of these kids got exam results without actually sitting any exams. This will not be a revelation to anyone who keeps up with the news (i.e. not me anymore). The implications are stark though.

We’re told that following a government U-turn on the way in which estimated grades were formalised into actual qualifications, entrants will be awarded whichever is the higher grade from (a) their teachers’ estimate or (b) the government computer’s calculation. 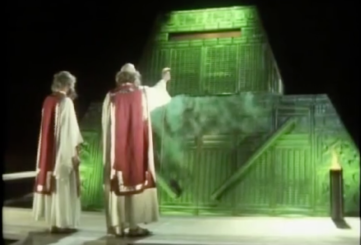 We also know that teachers are of random quality, averaging towards the turnip end of the spectrum.

So the best case scenario is that the class of 2020 got its qualifications graded more or less at random.

More likely, however, is that both the teachers and the computer marked minority and female candidates favourably, while doing the opposite to white working class boys.

We may well find that there are certain social groups who’ve done markedly better this year than ever before.

And that means every potential hire who slaps a CV on your desk with the date 2020 against one of their claimed qualifications needs to be viewed with deep suspicion. Doubly so if their name isn’t one you’d ever heard of 20 years ago.

Of course this is all fresh in our minds right now, but if you’re recruiting in 15 years time, will it click that 15 years earliler, your applicant got xir qualifications out of a tombola?

No, it probably won’t and that’s why we should all keep a little list. More CV’s in the bin, more wasted time averted.

Sorry, class of 2020, but you just got an early and thorough lesson in how everything the government ever does will end up fucking you over Now, do any of them even have the faculty of independent thought to learn the lesson, absorb it, ponder its implications and act accordingly? I seriously doubt it.