That is Lewis Hamilton’s reputed net worth in 2020.

He isn’t domiciled in the UK, so he won’t be making any contribution to the exchequer that might go towards paying back the magic money tree or bolstering ‘our’ NHS.

His $50M annual income seems to mainly come from two companies that became what they are on the back of Nazi patronage – Mercedes Benz and Hugo Boss. 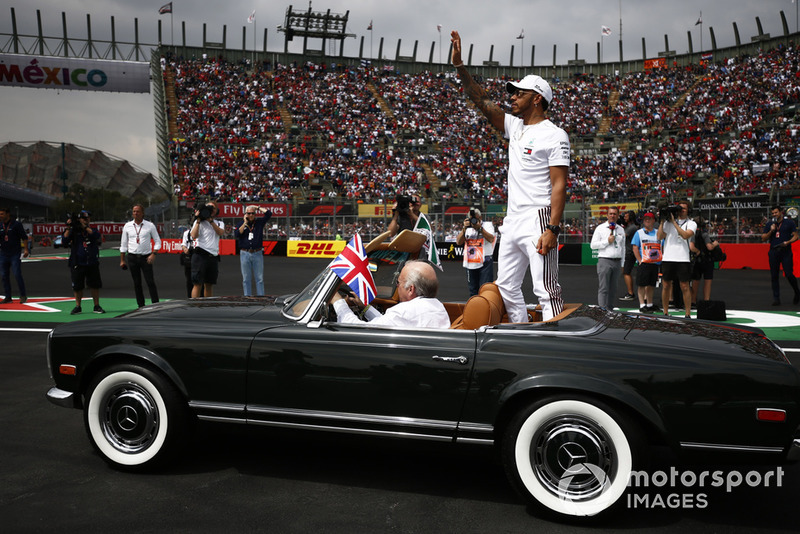 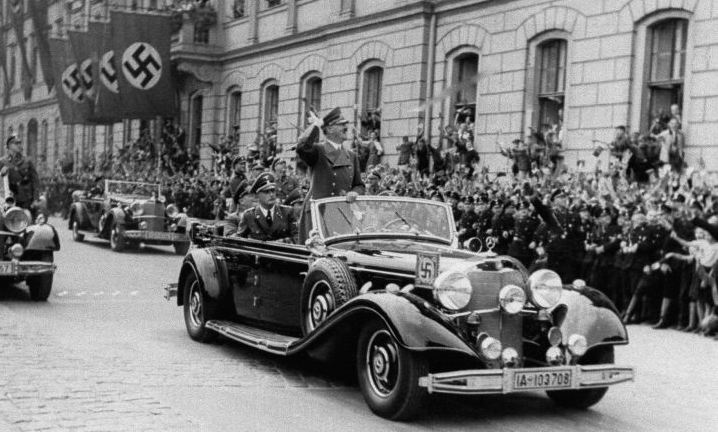 A wag may go as far as to suggest, hyperbolically speaking, that by the transitive properties of pathological grievance-mongering, Lewis Hamilton must be a Nazi. Literally Hitler.

Nevertheless, he feels able to sit in judgement of us all and he’s come to the conclusion that we’re racists who’d better start taking a knee before he comes after us (whitey). He specifically targets his F1 millieu, but we know he’s talking about all of us when he refers to racism in society.

Adam Piggott picks up on the theme and I concur entirely with him.

Insidious threats to get with the program or else. Hamilton knows who you are; he sees you. You better get your white knee down fast, honky, or there gonna be trouble in the old town tonight. He took to wearing a ball and chain around his neck while mooching around the paddock on the weekend. The utter absurdity of such a privileged individual carrying on as if slavery was something that only ended a few weeks ago and which he personally had to survive, is a complete insult to every other driver on the grid and to every fan of F1.

Many of the F1 races take place in countries which are less, how shall we say, inclined to pander to blacks. You won’t see BLM on the streets of Abu Dhabi, for example. And I doubt that the Russian grand prix will put up with this nonsense. I suppose when the cars go to those races that trouble makes such as Hamilton will suddenly suffer collective amnesia. If only such a condition could be permanent.

I doff my cap to the 6 refuseniks, but I predict that Verstappen will fold first, followed by Sainz.

Kimi is Kimi, Daniil is Russian. They’re not going to capitulate to this crap.

Leclerc and Giovinazzi have a lot of future opportunity to lose by refusing to toe the PR line, so I wouldn’t bet my house on those guys going the distance on this, unless their Italian teams provide them with top-cover, which would be fine in the short term, but not so much when they’re looking for their next contracts.

As far as Hamilton is concerned, I wrote about him last year. Many of the British public don’t like him (although I doubt too many feel like admitting that right now). He’s far from the first spoiled, petulant sports star to attract unflattering comments in pubs across the land.

It would suit him to think it’s coz ‘e is black – that way none of it is on him. He has gone to lengths to mark himself out as ‘not one of us’ with his immersion on the US west coast music scene and his bling. But far more it’s that he’s loaded, entitled, tax-dodging, arrogant, shows poor sportsmanship and – as it happens – we don’t like race-baiters.

There are plenty of black sportspeople in the UK that are widely admired and regarded with affection. Did you know, for example, that Mo Farah (Sir Mohamed Muktar Jama Farah, born in Mogadishu) is as British as you or me, so long as he’s winning things that we can mark in our column?

Irrespective of their colour, we only tend to fall out with sports stars when they get too big for their boots – they all rise and fall on the tide of public opinion.

Also, I wrote 4 years ago that BLM should be regarded as a terrorist organisation, and I think events have comprehensively born out that view.

We don’t negotiate with terrorists, Lewis.

UPDATE: Props to EdP in the comments who raised this important point:

Hamilton’s wealth is based on at least two companies which were founded on Nazi forced/slave labour: Mercedes & Hugo Boss.

I’ve added this into the main body of the text, but only fair to cite the guy who brought it to my attention.