What follows contains musings, questions and speculation. It was proofread by a dyspeptic angler fish and the layout was done by Joey Deacon. It doesn’t contain any facts, and it doesn’t contain answers, because nuclear armageddon and meteor strikes are off the table.

I’ve taken a light and passing interest in the ongoing situation with Boeing and their flying meatsack tubes, specifically the 737 MAX. It’s been prompted largely by reading about it on Tim Newman’s blog. In it he identifies managerial malaise as a likely root cause. Other explanations are on the table so as to satisfy the proponents of every pet theory. There’s probably a bit of truth in all of them, but I think what Tim identifies, and his commenters add to, gets to the heart of the specific matter in question. And there are plenty more clues in and beneath this piece by the excellent Gareth Corfield in The Register.

But there are much wider and more fundamental factors in play. So much so that although there may be a few sacrificial lambs offered up to the FAA (and their global counterparts) by Boeing, we will never really get to the heart of the matter. Because at the centre of the matter is not a heart, but a burgeoning fibrous tumor that reaches invades and entangles the entire inner workings of modern society, the excision of which can only be fatal to the patient. As the tumor continues to grow, the question of fatality is not if but when, and the hour surely approaches.

Tim’s narrative of managerial dogmatism and wilful structural blindness to empirical truths meshes nicely with Gareth’s (and his commenters’) story of an errant subsystem whose design and production were outsourced, presumably to a global company with a ‘globalised’ workforce. But we’re still playing in a microcosm here – Boeing and their supplier, and it seems like the buck can only stop somewhere inside Boeing, though the senior management seem determined to ensure it won’t be them.

To consider the bigger picture is to wake up teetering over an abyss.

It’s too early to tell what damage this will do to Boeing. That’s largely in the hands of the regulators (who I’ll get to in a minute), and I suppose that there will be passengers who could be tempted to fly with an airline who doesn’t operate Boeing planes – I’d probably be one of them.

The Danse Macabre of Global Capital and Global Government.

It’s worth considering the possibility of Boeing going bust, and asking who would benefit, and who’s prepared to do what to keep it from happening.

And who stands to lose?

But somehow.. just like General Motors and all those banks, you just know that Boeing will go on, being as its Too Big To Fail (TM). Quite apart from the geopolitical ramifications of the USA no longer being a global player in the commercial airliners business, the core competency of modern business management is the dilution of responsibility to homeopathic extents by contriving to give business systems a life of their own, and stripping employees of all agency at the altar of process. Forget Deus Ex Machina, the machine IS the god now.

I find it fascinating – and its a topic in itself – that just as quickly as humanity unravels some of the great mysteries of the universe from general relativity to quantum mechanics, we feverishly generate our own equally impenetrable fog out of man-made parts. And what a fog it is… a globular soup of governments, regulators, politicians, charities, QUANGOs, financiers, lawyers, diplomats, lobbyists, consultants, missions, strategies, policies, systems and processes, HR departments, marketers, PR, outsourcers, freelance shit-shovelers and useful idiots, all thinly masking an air of menace, malice, recrimination and castigation. Some people think 1984 foreshadowed the world we live in today. Personally, I think Hitchhiker’s Guide to the Galaxy got far closer to the truth.

Big Brother had his shit together. We’re being fucked by the survivors of the Golgafrincham B Ark.

Or, to put it in today’s parlance, we’re in Clown World. 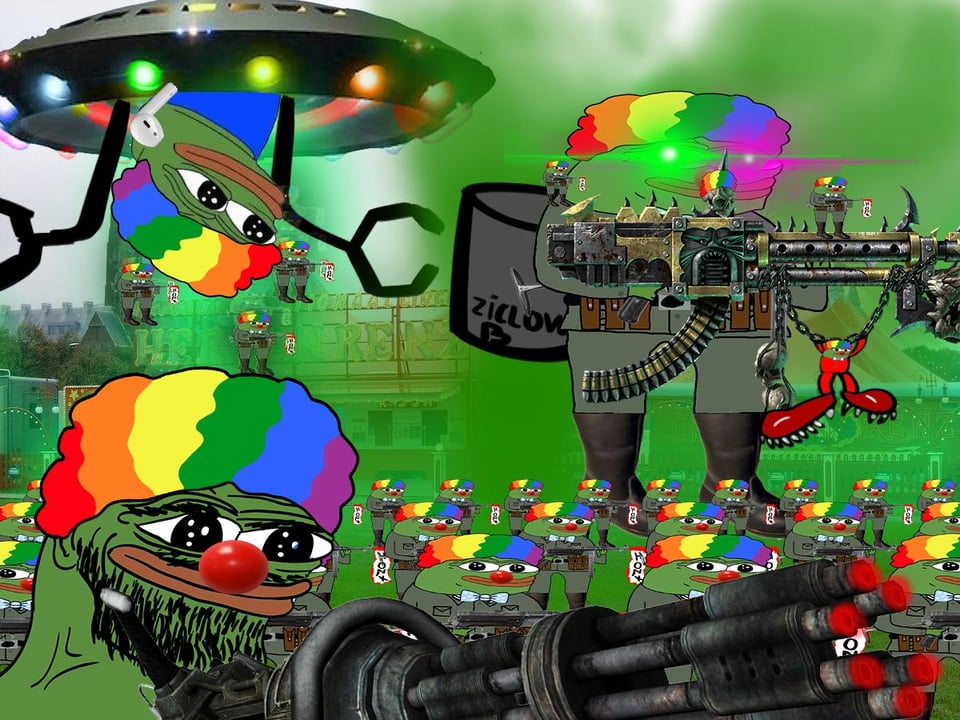 When it comes to whistleblowers, it seems like the very best they can hope for is to be ignored, rather than smeared, subject to dirty tricks, imprisoned and/or killed because the stakes are so high. Is anyone naive enough to think any different?

So nobody will really be to blame, and those planes falling out of the sky will be ‘just one of those things’.  We didn’t know anyone on the planes anyway.

And with that, the scene is set for a decade of obscure legal, regulatory and parliamentary tussles between and within world powers, embroiling and likely ruining myriad companies and, ultimately, people. Livelihoods and liberty forfeited, money burned, palms greased, power accrued, showtrials and public vilification of scapegoats on TV after X-Factor.