So, we went to Bruges (Brugge) this weekend past.

Why? Well..  The film, in part. In Bruges, I mean. It’s a very funny film and it represents the centre of the city very nicely, notwithstanding pretty much everyone dying in the film. Sorry about the spoiler. The architecture though. That’s unspoiled.

From time to time, I just get the urge to go to a place that I’ve been past countless times on other journeys, but never stopped to look around. Bruges is one of those places, amongst many other across Europe.

Bruges turns out to be a very cool little place, in a very certain kind of way. It’s not a party town. Party towns are horrible by dint of most of the people there and the all-round chaos they bring. It’s a very friendly town though, with oodles of history, a lot of which surprised me. And clean. Oooh it’s clean. We saw zero graffiti, no loitering underemployed yoofs, no beggars, no homeless. None.

There’s probably a separate line of enquiry on that, when juxtaposed with other places in Belgium like Molenbeek in Brussels. But for a weekend away with zero to worry about, what else do you care about?

(And yes, it’s a city, not a town, but consider them interchangeable for the sake of prose that scans well.)

After a walk around the city centre on the evening we arrived, I was having my doubts about how we were going to entertain ourselves all through a 3 day, 2 night stay. But I needn’t have. I just needed to scratch the surface. It’s a small city, but it’s dense. When you do scratch the surface (warning – don’t scratch the surface of the valuable, beautifully preserved art, artefacts or architecture), there are some really interesting experiences to be had in Bruges and there’s a lot to see in a small area.

The architecture is very pleasing on the eye. It’s not flamboyant by any means – take the St Saviour’s Cathedral for example, or the Church of Our Lady. It doesn’t offer the extravagance of e.g. Reims Notre Dame Cathedral, but it’s far from being ugly – and for all of the austerity, the church does at least manage some flying butresses.

The city comprises an accretion of structures from the 10th century to the present day; it’s reserved, it’s all clean lines, it’s beautifully preserved and cherished, and it’s timeless. It’s possibly one of the most mono-cultural cities in Europe today, and that is a very nice thing to see insofar as you get a great longitudinal view of the city’s evolution, uninterrupted by overwhelming cultural, religious and demographic changes.

Bruges is ‘the North’. It’s ‘the North’ of continental Europe and of Belgium. So much so that its heritage is chips, chocolate, waffles, beer, lace and embroidered cushions with animals on them. They even have a C&A. 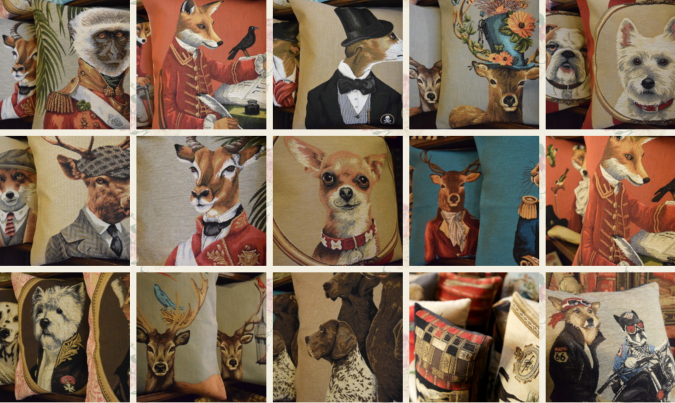 So I was very tickled and modestly edified by my visit to the Frietmuseum, with its exposition on the proud, traditional Belgian staple of chips.

They’re pretty good chips. Not as northern as my preferred chips, but pretty good nevertheless. I’m sure my old man would be delighted to know of his posthumous entitlement to the Belgian National Order of the Gold Cornet.

It’s baffling on some level, then, to consider that beneath the fripperies, 700-odd years ago, Bruges had the first borse (Huis Ter Buerze, nestled nicely now between the Frietsmusem and a bar that does loads of Trappist beers) and was the financial capital of Europe by the 15th century – a global hub of market-making and exchanges for goods and services – all of which were taxed for the benefit of the city and its patrons (amongst others, Philip the Good, Duke of Burgandy).

There are lots of museums; some a bit pony, like the Frietmuseum, some macabre like the torture museum, some are elaborate but very light on actual material, like the Historium. Some are a bit random, and have great exhibit pieces that are, sadly, poorly organised and presented, like the Dali exhibition.

Some museums and exhibitions, though, are exceptional. The Groeninge Museum is an absolute must see. There is an overwhelming avalanche of Flemish artwork from the 15th to 20th centuries, most of which is stunning. The gallery setting is perfect. The level of detail, use of colour and perspective, and the extent to which works up to 600 years old have been preserved is just amazing.

In fact, unless you’re very accustomed to appraising art, which I’m not, you may well find that you simply can’t take in any more by the time you’re half way round, and a lot of the pieces require 15-30 minutes each to properly take them in.

There are triptychs, for example, that not only have immense detail on the 3 main panels, but have full pieces on the reverse sides of the outer 2 panels. If you have time, plan to go twice, and spend at least a couple of hours each time.

In more quotidian matters, Bruges is an expensive city. I don’t know exactly what underpins that – taxes probably – but accommodation, food and drink etc are all as steep as they are in the heart of any major European city. I suppose it keeps the slack-jawed Greggs-enthusiasts away though.

Like most Flemish/Dutch cities, the cyclists are an absolute bloody menace. You cannot drop your guard at any time, and the difference between pavement and road is a very grey area in the heart of the city. So, while walking is hazardous, driving is just a non-starter – mad cyclists, vacant pedestrians, narrow streets and one-way systems that would have Franz Kafka hanging up his biro. So, get accommodation within walking distance of the market square (Markt), dump your car when you arrive and ignore it until you’re leaving.

Mid-January seems to be a great time of year to travel, too. Sure, it was cold, but it was dry and bright for the whole weekend, everything was open (most things are open 7 days a week, unlike the lazy French and Germans) and there were enough people about to give the place a buzz, but not enough to make it stressful.

That said, people were still queuing like time-wasting automatons for the Belfry Tower, so we didn’t go up that. The queue snakes around a corner, up some steps and out of sight. It wasn’t immediately obvious how long we would have been waiting for, but the look of bored resignation on people’s faces told us all we needed to know, so we went up the Tower at the Historium across the square instead, without queuing at all.

And Eurotunnel was deserted. I mean, I’ve used Eurotunnel for at least 20 return trips over the years (I used it 3 times just last year) and I had never seen anything like it. I did the usual of springing for a cheapy ticket, and then arriving early on the off-chance that I could get an early train if my contingency time for traffic delays hasn’t been burned. And so it was. Checked in at 11:55, straight through passport control, then didn’t stop the car again until we were on the train, which left promptly at 12:20. My car was the last car onto a half-full train. No queuing, no waiting. It was much the same story on the way back, though the passport control queues were a little bit more of an issue, and we stopped at the terminal to pick up a load of wine (some fabulous Clarets on offer in Calais). But we didn’t queue or wait, and again we got an earlier train than we booked. Even the journey back up the M20 & M25 was stress-free, which is a rarity.

Finally, a restaurant recommendation. Because Flemish food is terrible, and Italian food is magnificent, try Osteria 45 (http://www.osteria45.be/). The food is fabulous and the wine list is a real connoisseurs adventure in Italian wines. Book a table in advance, as getting in on spec is likely to be impossible.

One last thing.. this is Flanders – they speak Dutch and that means, because no-one else does, they all speak great English and it’s a total waste of time thinking of wheeling out your schoolboy French – unless, like me, you choose to amuse yourself by taunting the French guy who climbed to the top of the Historium Tower, his GF behind him with a cattle prod, but was petrified of going out onto the balcony.

I’d go back to Bruges again, with a list of more things I want to see, because in the end I didn’t see everything I would have liked to see in the 48 hours I was there.