I won’t bother to rehash the goings-on in #Plebgate, whereby some coppers stitched up a Tory cabinet minister, forcing his resignation.

The copper at the centre of the investigation about this matter has been sent to prison. 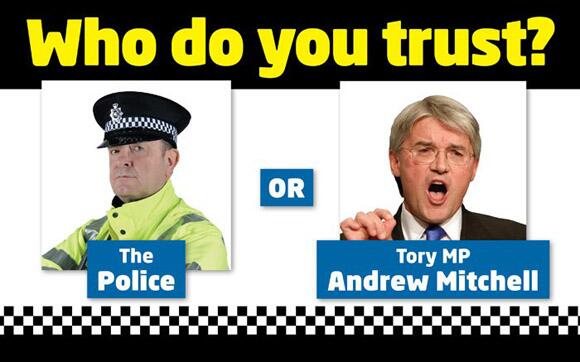 Well, chaps. I think we know the answer to that one now, don’t we.

Related, this doesn’t exactly show Cameron in a particularly good light either – he failed to give Mitchell sufficent benefit of the doubt or support, and effectively had the final say on Mitchell’s resignation.