The HM Revenue & Customs (HMRC) Permanent Secretary responsible for tax denied there had been any errors, and that there was no “need to apologise”.

He said HMRC was justified in asking people who owed more than £2,000 to repay it more quickly, saying they were likely to be the highest earners.

Hmmm… reminds me of something. 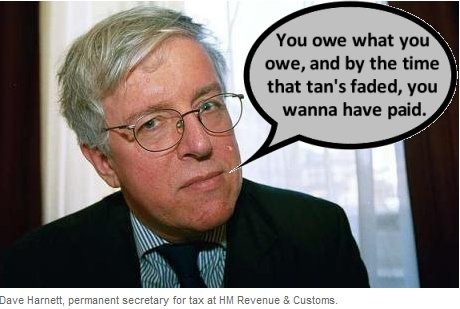 This guy is such a joke that even senior Tories have been able to accuse him of arrogance while keeping a straight face,

12 thoughts on “Has a bigger shit ever walked the earth?”