Southern Europe is in economic turmoil. The Germans are propping up the Greeks, soon to be followed by the Portuguese, Spanish and Italians.

The German volk are not happy about the products of their earnestness and industriousness are being used to prop up the lazy lizards of the Med.

The UK is in political turmoil. We face entry into a period of coalition government. The last stable coalition was formed in 1935. This government went on to appease Hitler until the position became catastrophically unsustainable in 1939.

Just sayin’ is all. 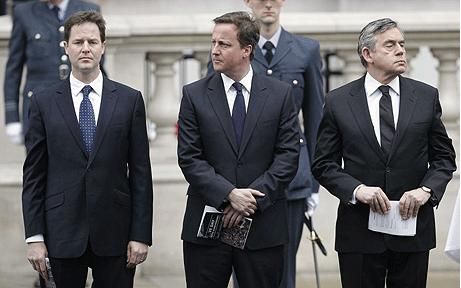